Five-year-old Clayton Kingsley was in his backyard building a sandcastle two minutes ago. Now the sandbox is empty, so is the swing. And the gate that kept the world at bay is open...

His mother Jenny, recently divorced, has left behind a controlling mother and an abusive husband who thought more of his buddies and the bottle than being a father or husband. Is Jenny’s ex really the distraught parent he seems or is he the culprit?

As the days go by with no sign of Clayton, Jenny searches frantically for her son. Who could have taken him? If not his father, could it be her sexy, secretive neighbor, a man suspected for the disappearance of another child? Or is there a serial predator in the serene bedroom community that Jenny thought would be the perfect place to raise her son?

This novel has been adapted to a screenplay.
Logline: An introverted single mother risks her life to find her kidnapped five-year-old son when the police fail and she can no longer trust those closest to her. 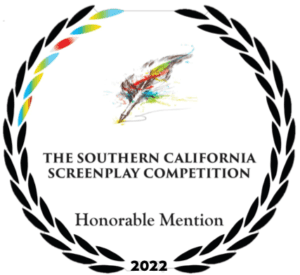 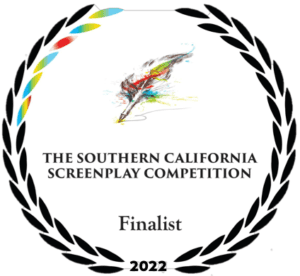 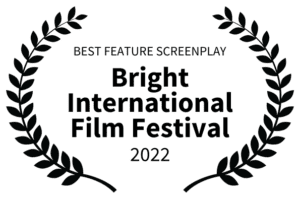 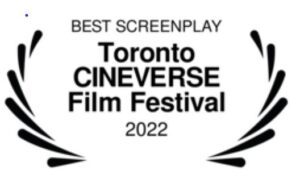 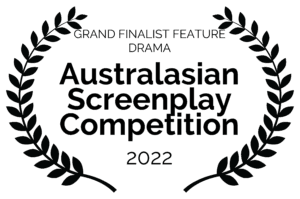 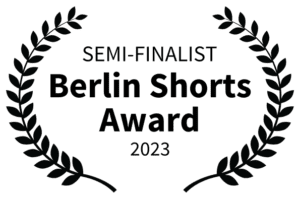 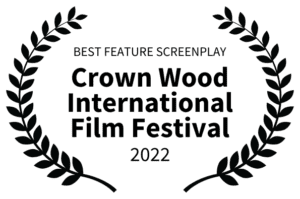 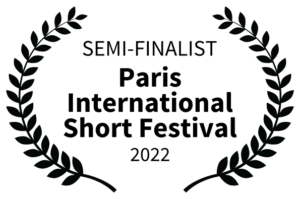 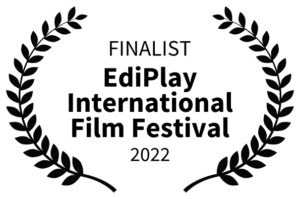 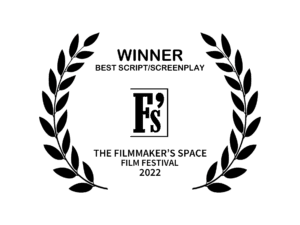 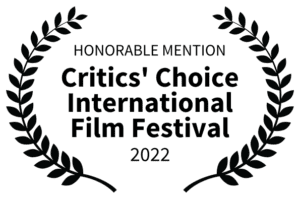 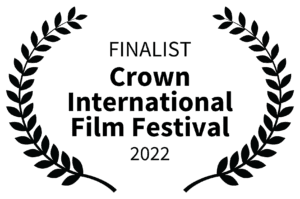 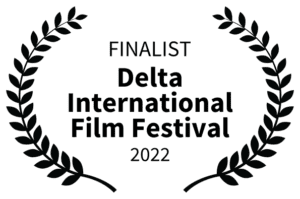 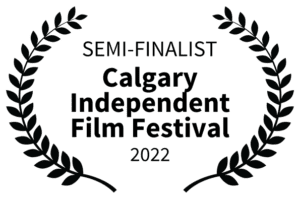 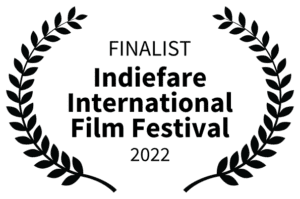 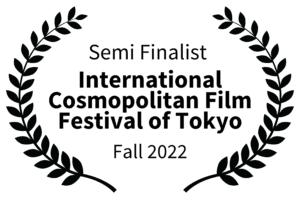 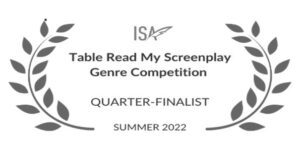 I don’t like it here. It’s dark. It’s cold. Why doesn’t Mommy come and get me? She knows I don’t like the dark.

“Your mommy has to find you,” the man had said.

He grabbed my arm. It hurt. It’s not a good game. He’s not nice.

I called her, but he put his smelly hand over my mouth. I wanted to bite it. Mommy doesn’t like biting. But he’s mean. I don’t like this place. Will she find me here? She will. She’s good at hide-and-seek. I hope she finds me soon.

The boy sat cross-legged in the cave-like space, a mat of blue tweed his only protection from the damp dirt floor. Putting his head in his hands, he felt the mud coating his hair. He’d screamed when the man rubbed it on his head.

“My mommy doesn’t like my hair dirty. She’ll be mad at you.”

The man laughed. Not a nice laugh, either. He sounded like the Joker in Batman. The laugh reminded him of his father when he got angry.

He had to be good. There was no closet to hide in here.

Thick mud covered his blond hair. Clawing at his head, he broke off bits of clay. He remembered that morning and his mother brushing his hair. She said it shone like the sun.

They were going to his new school and she wanted him to look nice for his teacher. If Mommy didn’t find him in time, would he have to stay in kindergarten? He scrubbed at his head until his hands hurt, yet the dirt remained. He didn’t want to cry, but tears slid down his face and merged with the dirt. They ran into his mouth, the mixture stung his tongue, and he spat it out. More tears ran down his face. His mother didn’t like spitting.

He clenched his fists and pounded at the rug beneath him. It wasn’t long before his hands throbbed. He stopped pounding and began tearing at the ragged fringes along one end of the rug. When his fingers slipped beyond the rug, he touched earth—cold and hard and damp. He shivered.

After what seemed like forever, curiosity overcame his fear and he began to investigate. His eyes, adjusted to the dimness, saw a few feet beyond the rug. A dirt wall, like the one behind him, ended the open space in front. He stretched out his right arm and his fingers felt the dampness of another wall of dirt. To his left, the area stretched into a black space.

He peered into the darkness. Several wooden crates—each containing differently shaped objects too blurry to make out—filled the space. Above him, he saw the wooden door he’d been shoved through. He counted four wooden rungs leading up from the crawl space. The trap door allowed only a sliver of light to enter the space.

Mingling scents of mold, dampness, dried animal droppings, closed in on him. It made his throat tight and he coughed.

He stretched a hand above his head. Sticky strands closed around his fingers. He jerked his hand back, scrubbed the spider webs onto the rug, and retreated to the safety of the woven mat. Maybe it was better not to explore. Sitting Indian-style, he cradled his arms around his chest and rocked back and forth. Beyond where he sat, the cave was jet-black. He tried to hold back his tears. Soft scuffling sounds came from the corners of the dugout. He knew they weren’t human. The rhythm of his rocking increased.

When is Mommy coming? I’m going to curl up here and sleep until she finds me. There’s just enough room. If I close my eyes, I won’t see how dark it is. It will be as dark inside my head as it is on the outside.

He curled into a fetal position. Somewhere close he heard the scurrying of tiny feet. Stuffing his fingers in his ears, he made himself think about playing in the safety of his backyard. Anything to drown out the wild pictures crowding his head.

He remembered building the castle in his sandbox. He was scooping out the moat when someone called his name. The man came into the backyard.

“I have a surprise for you.”

The chocolate was soft and gooey. “More in the truck,” the man said. But he didn’t have any more. He lied.

“We’re playing hide and seek,” the man said. “Your mommy has to find you.”

The smell of gas and oil stung his nostrils as a blue tarp landed on top of him. It shut out the sun. He heard a door slam, an engine start, wheels squealing, and the truck sped away.

How is Mommy going to find me?

Maybe he lied about that, too.

Irwin does a brilliant job of portraying her villain. I once heard a psychologist say that no one thinks of themselves as evil. No matter how evil they are, they always justify their deeds to themselves. Well, that is certainly true in the case of the villain in Missing Clayton. Irwin has done an excellent job of making the villain seem real. In fact, all of her characters are completely three dimensional and believable. The plot twists and turns kept me reading to the very last page. I gave up emails, dinner, and television to finish the book.

The story starts out in the boy’s POV, and though he is a little precocious for five-almost-six, he is still well-developed and three dimensional. All the characters are extremely well done. The thing I liked best about the book is the ring of truth it has. It feels so authentic it makes me wonder if Ms. Irwin hasn’t been through exactly the same thing herself. From the moment she discovers that Clayton is gone, Jenny’s life is turned upside down. The cops are called in—but how much can they really do—and Jenny and her ex become the prime suspects, at least for a time. Meanwhile as the cops investigate and the search for the boy goes on, Jenny’s hope for his safe recovery diminishes as her terror at his fate grow. My heart went out to her. As it did to Clayton and to Steve. The ex and Jenny’s mother, not so much. In fact, I wanted to brain the both of them. And it takes a good writer to get me that involved in the characters.

Shelves: purchased-books, direct-from-author-already-read, direct-from-author-to-read
This was an absolutely absorbing book. When a child goes missing from his safe back garden whilst playing in his sand pit and his mom just rustling up some sandwiches for lunch, where did he go?
Although of course based on Clayton missing, it also has other avenues of a story in it which I found really good. it wasn't just about Clayton, other people who were involved and the quiet place she moved to, it all evolved superbly. I'm not one to give out too many spoilers, read the blurb.

This had me engrossed from beginning to end, I would definitely read more of her books, actually, I do have more!!!
The author was new to me, I chose this to read when a kind author wanted to buy me a book just for my pleasure as I read a lot, but mostly for helping other authors with reviews. It was a lovely gesture which I reluctantly accepted as I do what I do for no gain. I'm glad I chose this book to read, thoroughly superbly written and thought out plots by this author.

Whatever you do, do NOT miss reading a Bev Irwin book! I received Missing Clayton for my review. This is the 2nd book of Ms Irwin's I have read and I cannot wait to read another one! Missing Clayton kept me spellbound and I couldn't wait to find out what happened! After I finished I was sad that I didn't have more! This book, as with Ms Irwin's other books will keep you on your toes throughout the entire book! Her writing style pulls you into the book where you can feel this mother's pain and fear in searching for her son. I don't want to give a spoiler on this book, so Go, Get this book NOW and read it! While you are at it get another Bev Irwin book! This book along with her others are heading for best sellers! I can also see movies in the future! Keep up the wonderful reads, Bev!

Bev brings the most terrifying situations to life with compassion and thoroughness. You could feel a mother's angst and terror over losing her son. How often do we see an Amber alert and think - oh how terrible - but not realizing how the family feels. Her characters are so well written you think you know them. I cannot imagine how losing a child would feel but learned an inkling by reading this book. As with her other books this was very well written, fast paced and easy to read. I would highly recommend.

Missing Clayton by Bev Irving is a thrilling story about a five year old boy taken from his backyard in the middle of day. We are taken for a emotional as well as nails biting ride along with his mother, Jenny who is caught up in the whirlwind of hell. She will stop at nothing to find her boy dead or alive. With the boy's disappearance the entire town (a small community) seems to relive the horrors of their own and everyone knows something, but is afraid to say it. Media has a field day, bringing out the worst of Jenny's life, accusing her of harming her own child then claiming he's gone missing. Police officer on the power trip harasses the usual suspect, Jenny's neighbour Steve, and her one light point and rock to lean on. The reader also gets to see the horror little Clayton is experiencing. And while his kidnapper has no intention to really hurt him as long as he is co-operating, one can't help but shudder in fear.
Bev Irvin has managed to capture the mentality of a small town in the middle of the farming county so well, every character jumps off the page and becomes alive, even the bloodhound Missy. I highly recommend this book to all and especially parents and grandparents.

Missing Clayton is about a child abduction and the related trauma.
I had a sort of love/hate relationship with this one as it was just too realistically horrible and painful experiencing so much through the mother's and the son's eyes. However, this does show how well written the book is.
Overall, it is a very vivid, fast past ride!

A drama spotlighting every parent's fear, "Missing Clayton" is an absorbing
page-turner that will appeal to lovers of women's fiction everywhere.
Shaunna Gonzales.